The original cars were of wooden construction, on a steel chassis. The cars were replaced with “up-to-date” cars of aluminum monocoque construction in 1955. Simple sliding doors at each end of the cars run on their original ball bearing rollers. Each car weighs approximately 5.5 tonnes when fully laden with 18 passengers.

The track is 201 feet long, with a rise of 111 feet and consists of a double run of track – one for each car. Concrete steps run between the 2 tracks. The tracks are standard bull head rails, of about 1972 vintage. The gauge is 3 ft 6 ins. The original sleepers were timber and were the full width of both tracks. Over the years they have rotted away and were replaced with a multitude of secondary fixings – this allowed the rails moving slightly out of line, and resulted in a less than smooth ride. In order to rectify this problem new steel sleepers surrounded with concrete have been inserted under the existing rails, using standard spring clips as used on main line railways. The Railway remained open during this work, and it took some 18 months to complete.

Track rollers supporting the ropes appear to be the original design. The roller is solid steel, supported each end by a ball bearing plummer-block. Replacements are being used when necessary, utilising sealed roller bearings.

The present winding gear is of the type used in collieries. It is situated below the Top Station and was installed in 1955. The ropes wind on to 2 winding drums – one winding on as the other winds off. There is a system of 3 reduction gears reducing the the speed of the motor from 650 rpm down to 30 rpm on the drum. The final gear and winding drums are some 4 ft in diameter.

A fail-safe compressed air system operates one of the 3 braking systems. Two large steel weights act to keep brake shoes applied to the two 4 ft diameter brake drums. Compressed air at a pressure of between 50 and 100 p.s.i. operates 2 vertical pneumatic rams, which act against the weights to remove the brake. As the driver releases the brake, the cylinders lift the weights from the brake drums, allowing the cars to be moved. In the event of a compressed air failure, the brakes would simply be reapplied by the weights.

The low voltage system is used in the Railway’s safety systems. These include the four station/carriage doors, the passenger indicators, the 2 overspeed switches and controllers, the “dead man’s pedal” and the drum winding plate switches.

The standard voltage system is used for lighting and power. There is a mains operated radio telephone linking the 2 stations, in addition to a battery backed system for use in a power failure.

The high voltage operates the 32 hp 3-phase AC motor through the Drum Controller. This is similar to the system used on trams.

The driver’s 2 indicator panels consist of 2 air pressure gauges, a speed indicator, a voltage meter, an ammeter, a trip indicator and various speed and door control lights. The controls pictured here consist of the motor control handle, which controls the speed and direction of the motor, and the compressed air brake (the brass handle on the right of the picture). In addition, the driver must stand on a floor mounted “dead man’s pedal” in order to start driving.

There are 3 steel safety ropes – a separate one from each car to the winding drum, and a safety rope running from one car to the other via the winding wheel. These are 26mm multi-strand ropes tested to an actual breaking strain of 58 tonnes. They are examined in great detail for defects every 6 months, and are replaced every 5 to 7 years 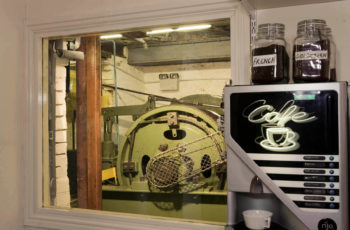 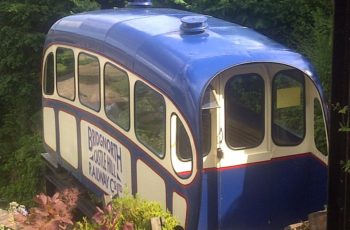 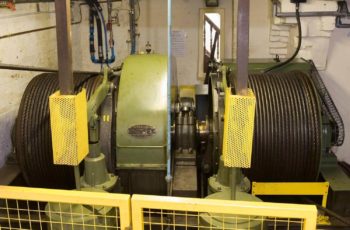 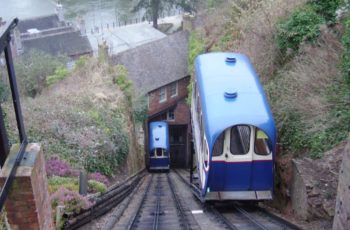 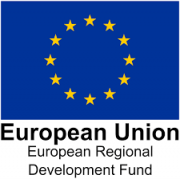