When the Cliff Railway opened on 7th July, 1892, the company published the booklet Bridgnorth and its Castle Hill Railway. With the exception of two pages reproduced from the Shrewsbury Chronicle, it had been written by the Cliff Railway’s founder George Croydon Marks. The front cover is reproduced above. A much abridged version was compiled by his younger brother, Edward, when the latter succeeded George as managing director.

Things to do in Bridgnorth

The old market town of Bridgnorth is rich heritage and historic assets. Each of these assets is important in its own right, but the whole of the heritage is greater than the sum of its parts. Bridgnorth Cliff Railway is an important part of an integrated community. In addition to the cliff railway, the town’s heritage includes, Castle Walk from the Top Station to the Castle Grounds which are home to the famous leaning castle keep. From here, one can take in Thomas Telford’s famous St. Mary Magdalene Church at the head of East Castle Street, which is full of magnificent Georgian residencies. The area directly north of the Castle comprises what was the original town laid out on a roughly grid-iron pattern with burgage plots between.

The town is very proud of its charter market, through which a small market is held under the Town Hall on Fridays and a weekly Saturday market is held along the High Street, which draws visitors from far and wide. At the fat end of the High Street, one comes across Northgate. Above this gateway is situated the town museum run by Bridgnorth and District Historical Society. It used to be the place where burgesses convened their meetings.

Only a few hundred yards’ walk from our Top Station and along Castle Walk is the Bridgnorth terminus of the Severn Valley Railway, which has its southern terminus about sixteen miles away in Kidderminster. This gem, which is a former branch line of the Great Western Railway, is much appreciated by railway enthusiasts and is a big draw to the town. For mill enthusiasts, there is Daniels Mill, which being about a mile outside the town, has the largest water-wheel for a watermill remaining fully working in England. Moving on to country houses, both Dudmaston Hall and Upton Cressett Hall are only a few miles outside the town.

Not only does the town retain a range of independent shops, as well as some of the better known high street brands, it enjoys a vast range of hostelries and eateries to cater for all visitors.

Click the image below to take a look at the Bridgnorth, Much Wenlock & Severn Valley Visitor Guide 2016: 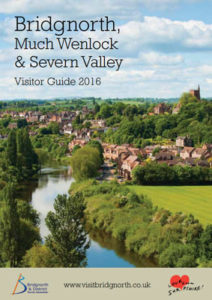 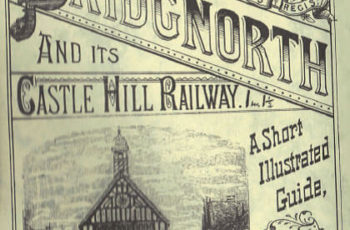